Between a cluster of bars in this small coastal town, middle-aged European men hover around dozens of fresh-faced Brazilian women in tight dresses.

Around the corner, two girls who look to be in their teens flag down cars, signaling their availability to potential clients.

Most such activity, however, seems confined to a small, seedy tourist strip, the last gasp of a bygone era.

Natal, long known as a hot spot for sex tourism, has seen fewer problems in the wake of a national economic boom and concerted government efforts to cut back on the Carnaval nation’s carnal image.

But with the World Cup on its way and Natal set to host a match between the United States and Ghana on June 16, the issue of travelers coming to town to find cheap — and often underage — sexual partners is again the center of public attention.

“Just five, 10 years ago, Natal used to receive 30 chartered flights — full of men — every weekend,” said City Council member Julia Arruda, who serves on a commission to combat the sexual exploitation of children. “Things are much better now. But people are still taking advantage of our mostly young, impoverished citizens, and we know that there have also been networks of child prostitution for tourists…. That’s why there have been coordinated projects between the 12 World Cup host cities.”

The government has closed down sex hotels and supported nongovernmental organizations that work with at-risk children, and it launched a national campaign during this year’s Carnaval encouraging citizens to report cases of sexual or child abuse. It has also done battle with major brands over depictions of Brazil.

The response from the government was swift. The Tourism Ministry said it “vehemently repudiated” products that link Brazil to sex, and Dilma Rousseff, Brazil’s first female president, took to Twitter, declaring “Brazil is happy to receive the tourists that will arrive for the World Cup, but is also ready to combat sexual tourism.”

Adidas quickly recalled the shirts, but the incident cast a renewed focus on long-standing stereotypes.

Brazilians complain that stereotypical images lead to prejudice and unwanted advances when they are traveling abroad.

“First, they say that I don’t ‘look Brazilian,’ because I don’t have big breasts or a big” rear end, says Alexa Santoro, a 23-year old student from Sao Paulo who is training to be a funeral makeup artist. “Then, the abuse starts. They think that I’ll just jump into bed with them, since that’s how they think things work in Brazil…. It can really make you feel bad.”

Santoro says she was not encouraged by reports that prostitutes around the country were taking English lessons before the World Cup.

The image has contributed to the flow of sex tourists most, visible in beach cities like Natal and Fortaleza, in the poorer northeastern region of the country. At times, the trade has relied on local networks that trafficked in children, authorities say.

Along with countries such as Thailand, Brazil has historically had a problem with sex tourism, though the United Nations says that quantitative comparisons between countries are difficult. In Brazil, 18,000 calls were made to a government sexual exploitation hotline in 2012, says Angelica Goulart, national secretary for the promotion of the rights of children and adolescents.

“It’s not that previous governments actually promoted that kind of behavior,” she says, “but they weren’t attentive enough to the way Brazil was being sold we’re now investing a lot of time and effort into breaking that image.”

Goulart says calls to the hotline have increased in recent years, indicating what she believes is less tolerance of abuse. 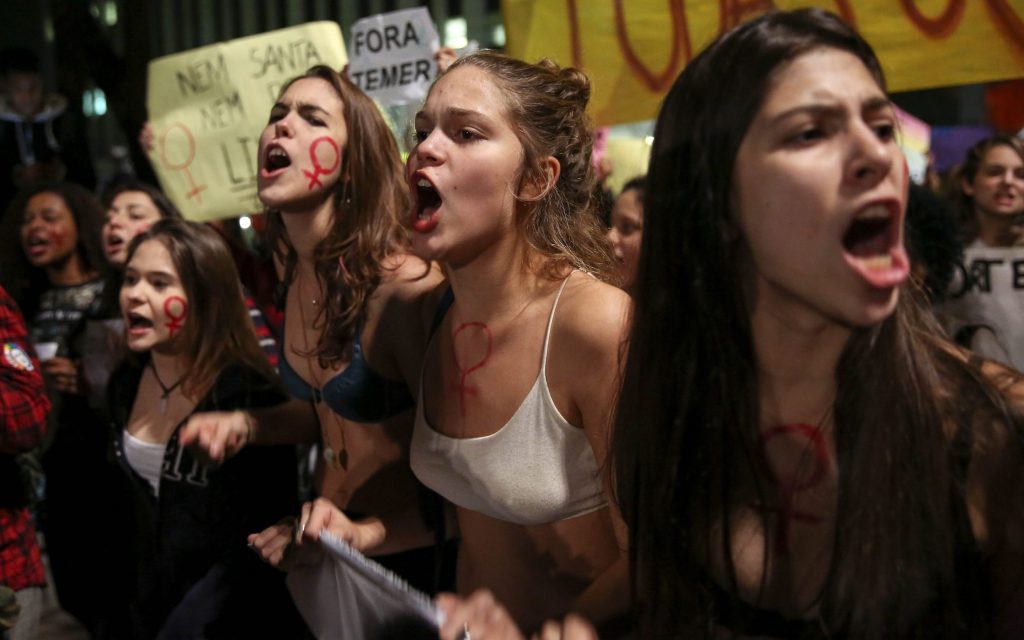 In Natal, the fight against sex tourism has involved getting hotels and travel agencies to sign codes of conduct, providing support for educational programs that work with at-risk youths and a crackdown in the tourist quarter.

Other spots known for prostitution have closed down, and the last visible bastions of sex tourism function as nothing more than “meeting points,” where patrons talk and sometimes arrange to leave together, making legal action difficult.

Beyond the bars are the beaches and shopping malls, where potential clients and exploited girls — (and boys — can meet. Pimps who exploit the prostitutes are often not present in these places, making a crackdown on them more difficult.

“There is prostitution, and then there is exploitation,” says Arruda, the City Council member. “The challenge is great, and the progress has been slower than we’d like, but we have to do everything we can to stamp out exploitation.”