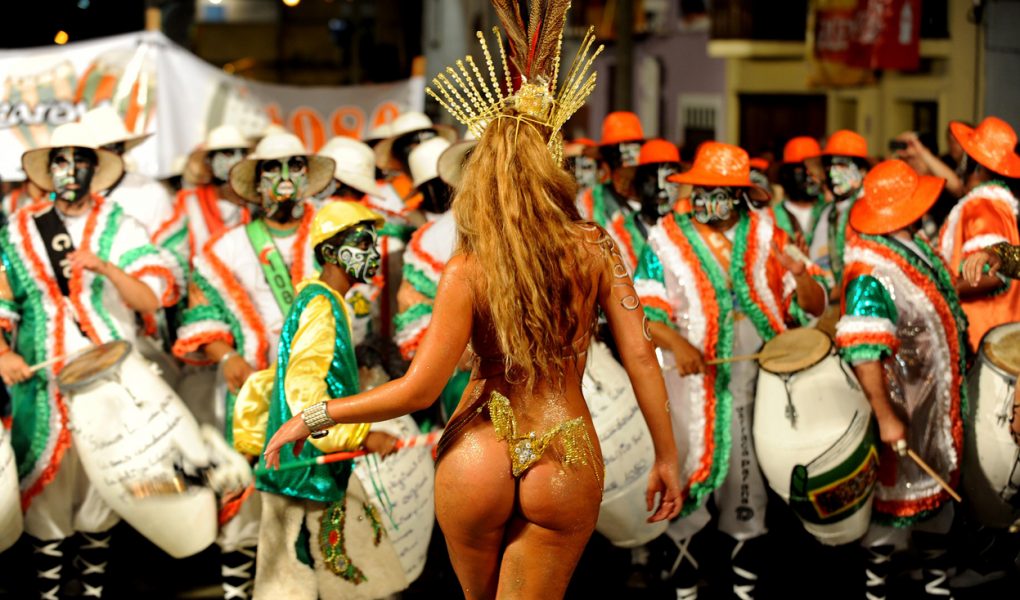 The beat of the drums resonates down the streets of Rio every year for three weeks. The city is alive with music – it’s time for Carnival. Known as one of the greatest parties on the planet, millions of people dance and celebrate to Brazilian music.

By definition, it is a carnal holiday with a lack of real authority. Thieves are so common in the crowds that people have taken to buying cheap phones to take out to the street parties in case they get robbed. There is no shame or punishment for peeing in the streets – for men or women. Flowerbeds and plants that are nurtured all year long are stepped on and destroyed. Historical monuments have to be protected by fences.

For many revellers, this is an opportunity for freedom. A few days off, drinking, partying, forgetting about bills and responsibilities.

And the environment is also an exaggeratedly sexual one. Parading down the Marquês de Sapucaí naked or very nearly so is common practice, and it has always been this way. The ‘sexier’ you look the better; a big butt, generous breasts and flat stomach are practically mandatory – especially for the drum queens who dance in front of the samba bands, keeping them motivated with their dancing and yes, their bodies.

Let’s shoot straight: this is objectification of women in its truest form. Using a woman as a figurehead to keep up the spirits of male troops following behind is simply using her. Complete nudity is acceptable, sometimes desirable. But even the least revealing outfits for this position are as small as thong bikinis. 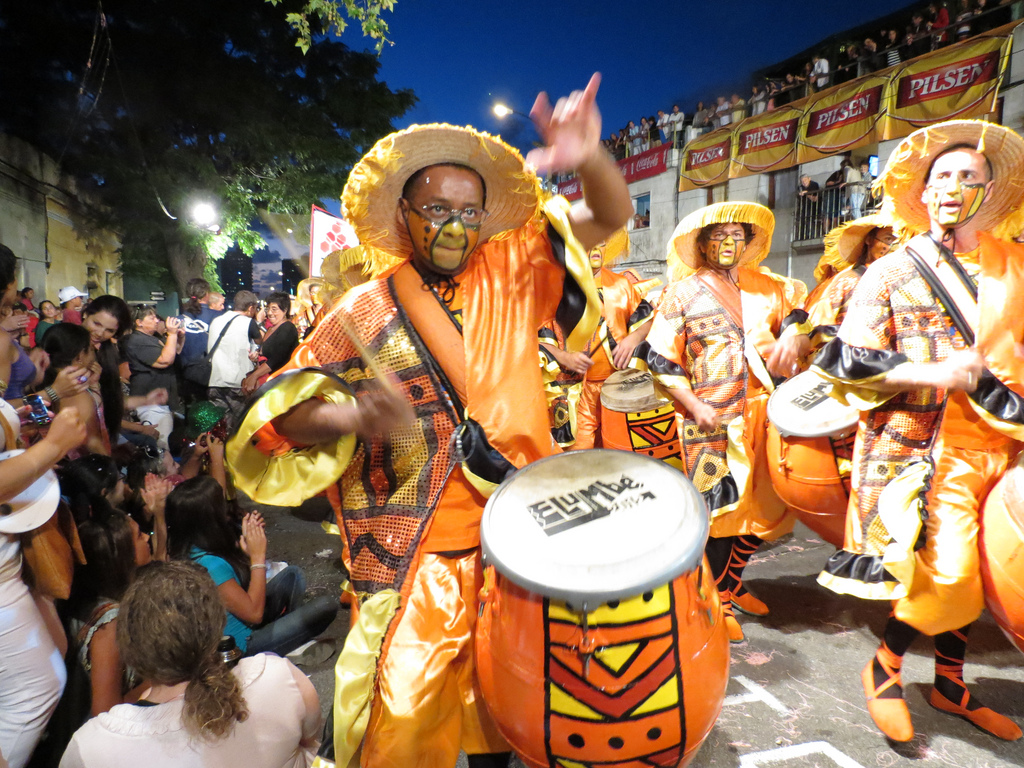 No doubt dancing and walking with a smile on your face for an hour and a half is hard work, a way to celebrate culture and Carnival, and even perhaps a way of feeling empowered, but all that time the woman is dancing she is seen as an object. Her measurements have to be right, perfect, sometimes even “fixed” and inflated by surgeries. She must be an incarnation of the ideal.

Every year the main broadcasting network in Brazil hosts a popular election to choose the Globeleza – a combination of the word ‘Globo’ (the name of the channel) and ‘beauty’ (beleza). The chosen woman is shown dancing naked during advert breaks until the end of Carnival. This is a long-time tradition, and the fact that it’s endorsed by the most watched channel in the country is worrying.

This idea that women are objects combined with the free-for-all environment of Carnival can have ugly results. During the weeks of the party there is an increase in sexual violence and hate crimes, according to the Observatory of Racial Discrimination, Violence Against Women and LGBT 2012.

There were 429 reported cases of racism, sexism and homophobia in the 2012 Carnival in Salvador, Bahia – an increase from 2011 when 350 cases were recorded. 153 of 2012’s incidents were violence and abuse towards women, bringing out the thinly veiled misogyny that is deeply entrenched in the Brazilian society.

When men approach women on a normal night out in Brazil, it is typically in a belligerent and sometimes invasive fashion; in Carnival it can be even worse. Men often feel up women as if it’s nothing and kiss them against their will, because they feel they have the right to. Perhaps they consider it a joke, or an expression of their “freedom” but this behaviour can escalate to something far more serious. In 2012, the number of rapes in the state of Rio de Janeiro grew by 24 per cent in comparison to the previous year. From January to November 5,542 rapes were reported, in comparison to 4,467 in 2011.

Though this increase might be explained by more women reporting sexual crimes than before, the figure is nevertheless scary. And if this high number only counts the reported rape, who knows how high the real figure is?

Carnival is meant to be a party for all, but it is also, unfortunately, an opportunity for abuse. There is little education or government action to counter it, and women are treated like objects left and right. Sexual violence is an ugly angle from which to consider the biggest party in the world, but it is also true and should be pointed out every year so that maybe one day the party will be safe for every gender, race and sexual orientation.