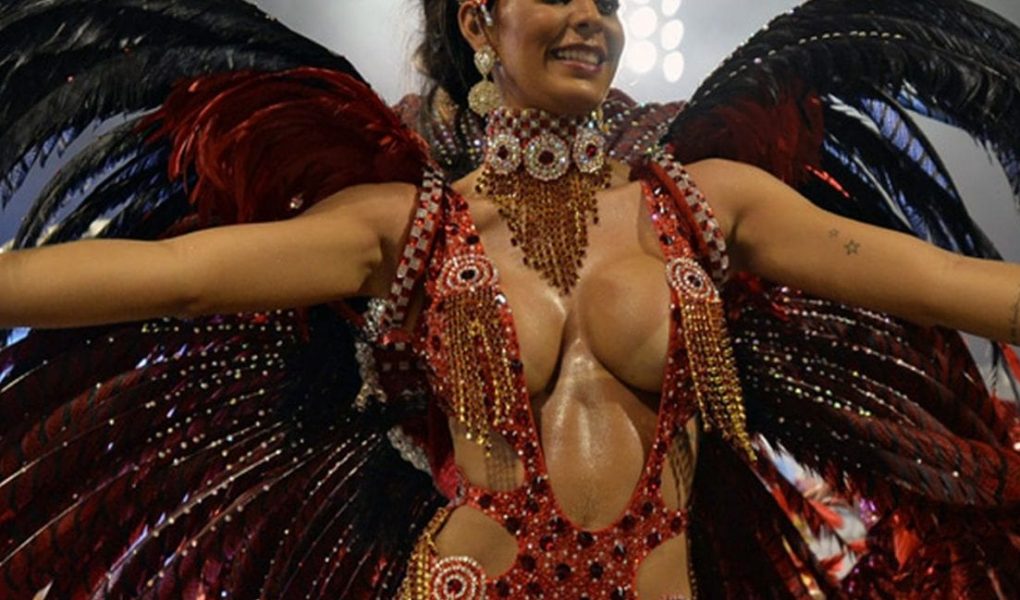 Sufficient recovery time has now passed since Rio Carnival to attempt to transcribe my somewhat vague recollection of the whole thing. The closest thing I can describe the carnival to, in its affect on the body, mind and soul, is a debauched, drink-fuelled, five day music festival like Glastonbury or Oxegen in Ireland. Day one, everyone is bright eyed and bushy tailed, well fed, appearance impeccable – excitement and enthusiasm reigns supreme. But by day five we are hunch-backed, hollow-eyed, ghostly shadows of our former selves. Or maybe that’s just me. Regardless, Rio Carnival is something of an endurance test. I endured and survived. Here’s the low-down.

Get Blocked at a Bloco at Rio Carnival
There are 578 blocos (free street parties) in and around Rio over the five days of Rio Carnival (Carnaval in Portuguese – the only simple word in Portuguese, I have since discovered). Obviously it is impossible to attend all of these so one has to be selective. There’s a few factors to consider here because not all blocos are created equal. My personal criteria, had I actually thought about it, would have been access to beer, access to toilets, and the ability to move a little. If, like me, you feel anxious shuffling along in a throng, arms pinned to your sides and barely able to breathe, this is definitely something to consider.

It is customary to dress up in fancy dress or, more often than not, drag if you’re male. I forgot to pack my bikini so I went as a straight, white male instead. Which has its merits. One of the first things I noticed about Brazil, even before the Carnival got underway, was Brazilians’ proclivity for kissing in public. I just recently spent almost a year in China where a peck on the cheek is barely acceptable in daylight. Where I come from a kiss on the lips is ok, but a brief one. Here kissing is a national past-time. Wherever you look there are couples enthusiastically indulging. Wherever I go I like to immerse myself in the local culture and Rio Carnival seemed like a perfect opportunity to do just that. Brazilian girls, as it turns out, do not jealously guard this recreation from outsiders.

Go Native
I know, I’m digressing, but I think this is important. Brazilian kissing is very different from European kissing, Asian kissing, American kissing, African kissing and Australasian kissing. At least the admittedly small sample of these i myself have experienced. It may well be similar to Antarctic kissing of which i have not yet had the pleasure. If I had to use an adjective to describe Brazilian kissing it would be… aggressive. The first time a girl grabbed me at a bloco I felt slightly violated. But I soon got into it. And I was able to do a nice little cultural exchange by teaching her what I called an Irish kiss, a much more sensual affair. Don’t get me wrong, I’m not knocking it. I like it! I shall pursue.

Embrace Rio Carnival Tech…
Now about these blocos. My advice is to download an app called Carnaval de Blocos. It’s in Portuguese but you can get the gist and really its only the location and time you need. A quick search on Google will let you know what to expect. There’s something for everybody, from long established traditional samba blocos to more recent pop-themed parties. We went to a great Beatles-themed one called Bloco do Sargento Pimenta. I lost everyone trying to find a toilet there and fell asleep on a grassy knoll. When I came to I discovered someone had stolen my shoes. Many despicable crimes happen on grassy knolls… But that is by the by.

Or Friends in the Know
We managed to catch the main parade at the Sambodromo. This was not down to my own enterprise. Renee, one of the most skilled travellers I’ve ever met, got me a ticket (or it may have been Alaric…). I can’t remember what I paid but it wasn’t much, maybe 40 reais. The cheapest ticket online is three times as much at rio-carnival.net. Admittedly, we were a little way from the action but we saw the whole colourful spectacle for next to nothing. The lesson is, befriend an expert. Preferably a sober one.

Safety First at Rio Carnival
I hate to finish this thing on a downer but there’s a few things you should know about Rio, which is especially true around Rio Carnival, the most visited time of the year. Rio De Janeiro is not the safest city in the world. There are many bad folks that will try to pinch your stuff. They deliberately target tourists because they prey on our naïveté. The best way to protect yourself against theft is to not have anything of value on you. Pickpocketing is rife and tightly packed crowds are a pickpocket’s dream. Phones are expensive here and almost a currency. If you can, try to use an old cell or camera for photos.

Pickpocketing
I caught a guy with his hand in my pocket on Copacabana and when he knew i knew he just laughed and winked. As if taking someones valuables was a great joke. Hilarious. I gave him a mouthful. It still hurts a little that he probably didn’t understand. It was eloquent. Anyway, trust no one, even the vendors are at it.

Mugging
Worse, there is the outright mugger who will normally have a knife, less often a gun. A girl at my hostel had her phone and wallet taken this way, again on Copacabana in broad daylight. The police have a massive presence at Rio carnival but stick together in large groups so are little use in isolated incidents like these. If this happens, comply. I lost a fiver on a horse called Comply Or Die once; that name stuck with me. Give them what they want. What they really want is a cuff in the lug, but refrain! It just isn’t worth it.

So that’s it. If you make it to Rio Carnival be safe, have fun, and try not to fall asleep on grassy knolls. Dangerous places, I tell you. 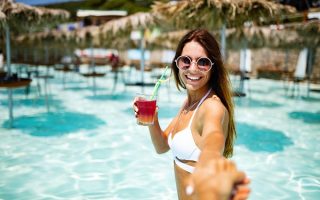 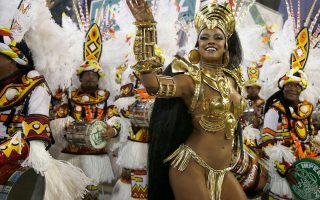